Ready to Leave Your Franchise? Here is a Model for Going Independent
Resource Library Blog

Ready to Leave Your Franchise? Here is a Model for Going Independent

Leaving a franchise to live operate as an independent real estate business is a lot like buying a home versus renting.

This analogy shouldn’t be that far of a reach, right?

If you spend your days preparing people to buy homes (and hopefully buying them too!), you know well and good how much goes into the process before AND after the purchase.

Once you hand over the keys it is only the beginning for the new owners. The majority of the responsibility lies waiting in the home ownership itself, similarly to running an independent brokerage.

If you want to leave your franchise, you first have to make sure you aren’t having renter fatigue. Otherwise, you’ll be stuck with buyer’s remorse.

BoomTown deals with thousands of agents on a daily basis who belong to both types of businesses: franchise and independent. Recently, we sat down with Becky Babcock and Brad Nix of Path & Post Real Estate to chat about their transition after 13 years with a franchise to being an independent brokerage.

First, let’s explore both sides of the coin.

Take into account this decision is usually made after you are working with an established brand ready to survive on its own. And this may take years.

When an agent is new to the game a franchise is oftentimes the best place to begin. Ample training, resources, and adoption is ready to go for incoming entrepreneurs.

However, independent franchises are becoming more established over the past few years as powerhouses for training. If you do your research and there is an independent real estate brokerage with established training programs and an involved broker, then by all means! Go this route to start out.

If those elements are missing though, it could be a red flag.

For those seriously considering whether or not to transition to an independent brokerage, pay close attention to the following:

In other words, you need to be ready for the cons of “buying a home” before you leave your rental.

Training, technology, support services, accounting, marketing, and most important, branding, aren’t going to do themselves. These elements need to be refined down to the last detail before you take the next step.

Background: Path & Post Real Estate is an anchor in the North Atlanta real estate market. Company leaders Brad Nix and Becky Babcock have, for years, been part of a franchise, but recently made the change to an independent brokerage.

Learn more about how Path & Post mastered branding, marketing, and personas on their podcasts: here.

The transition process began several years ago, but the idea began even before that with their dedication to a well defined local service, presence, and branding mentality. It came about naturally because of these efforts.

“Really more than anything, we just realized there would be a lot more freedom and opportunity if we went out and did our own thing, instead of trying to rebuild someone else’s box so to speak.” said Brad Nix, COO at Path & Post.

As the Path & Post brand grew more obstacles arose when it came time to breathe more room into the business. And with a brand as well known as Path & Post, they were ready to make the changes after first addressing their team.

5+ Years Out: Plant the seed

Brad Nix: “I think it does start with the brand. I think they need to understand who they are first of all, and what they want to be. Once they can find those answers, they need to put that into a brand and a culture, and build that system first. That’s what Becky and I have been doing for years prior to even thinking about being an independent brokerage.”

Becky Babcock: “We presented the concept to our team first, before we talked to anybody else. After we had our meeting, everybody started clapping and cheering and saying ‘it was about time,’ and ‘can we do it tomorrow?’ They were all on fire and ready to go.”

2 Years Out: Continue with consistency.

Now is the time to be more consistent than ever with your branding, team culture, processes, and mission.

1 Year Out: Be transparent with your broker.

Path & Post was able to speak to their broker awhile before the actual transition occurred. This allowed them to make long term plans, and continue good working relationships between local businesses. Always good practice in any business to build bridges in these situations.

6 months out: Fill in the blanks (provide your  own resources).

Brad Nix: “For us, we had to replace the accounting and compliance piece that the broker was providing. We chose a tool called Brokermint to do that, and we started setting that up months before.”

Finalize how you will announce your own independent brokerage, but also how to do so in a way that serves both you and the franchise you are leaving.

To begin this entire process, Brad insisted on the importance of branding. After all, this is the reason many people are a part of a larger franchise; for the name and reputation.

But like many real estate businesses over the past few years, the move to independent brokerage is more than a personal decision. It’s part of a larger national trend demanding more local.

Branding is the foundation you need before even considering going independent, but technology is the vehicle that will get you there.

The right technology allows your team the freedom of powerful processes individual to its owners.

“The software enabled us to run our team the way we now run a brokerage, and empowered us to build our system in order to make that change,” said Nix.

There is something powerful in technology. And if you plan on going independent, then the tech you choose has the potential to be a powerful new partner.

This Is the New CMA (And It’s Way Better)

To Call or Text? The Value of a Hybrid Approach

7 Ways to Get More Seller Leads (Beyond Just Direct Mail)

A strong seller lead strategy is crucial for a profitable real estate business. Use these tips to go beyond just direct mail campaigns and find new opportunities to score seller leads.

If you don’t follow up, someone else will. Here you’ll find some surprising numbers about speed-to-lead and learn how YOU can take advantage of missed opportunity ($)

The Essential Guide to Building a Real Estate Business

Ask yourself, do you want to sell houses for the rest of your life or do you want to build a thriving business? In this guide, Jeff Cohn, founder of Elite Real Estate Systems, teaches us how to focus on being a business owner and not just an agent.

The 3 P’s for Winning Listings

4 Steps to a Winning Listing Presentation

It’s time to learn how to land any listing. Here are 4 tried-and-true tips for preparing a listing presentation that wins every time!

7 Tips to Getting Your Agents to Adopt New Technology

They say a tool is only as good as the one who wields it…and this couldn’t be more true with real estate technology. Here you’ll learn how to assure (once and for all) that your agents will adopt the technology that you’ve invested in.

How to be a Winner in the Real Estate World

How to Structure Your Team for Lead Follow-Up

Lead follow-up is oftentimes what separates the good from the great. In this guide you’ll learn how to structure your team (from the top) for smooth and effective lead follow-up.

Say Hello to Hiring: The Essential Guide to Growing a Team

Expanding your real estate business is an exciting and lucrative time. And in real estate, we know it’s all about your people. Check out this free guide with tips for effective hiring practices.

In real estate today it’s not enough to just be great at selling houses. In this guide we’ll cover how and why you should consider investing in a Chief Marketing Officer.

6 Tips for Standing out Against Competitors [Free Tip Sheet]

In real estate, things move fast and the competition doesn’t sleep. So, what are you doing to stand out? In order to be the go-to agent, you need to be one step ahead of your competitors. Start with these 6 quick tips.

Register for the Series

Fill out this form and register for all of our upcoming webinars at once!

Turn dreams of success into celebrations of success. Stay on track with our goal worksheet. 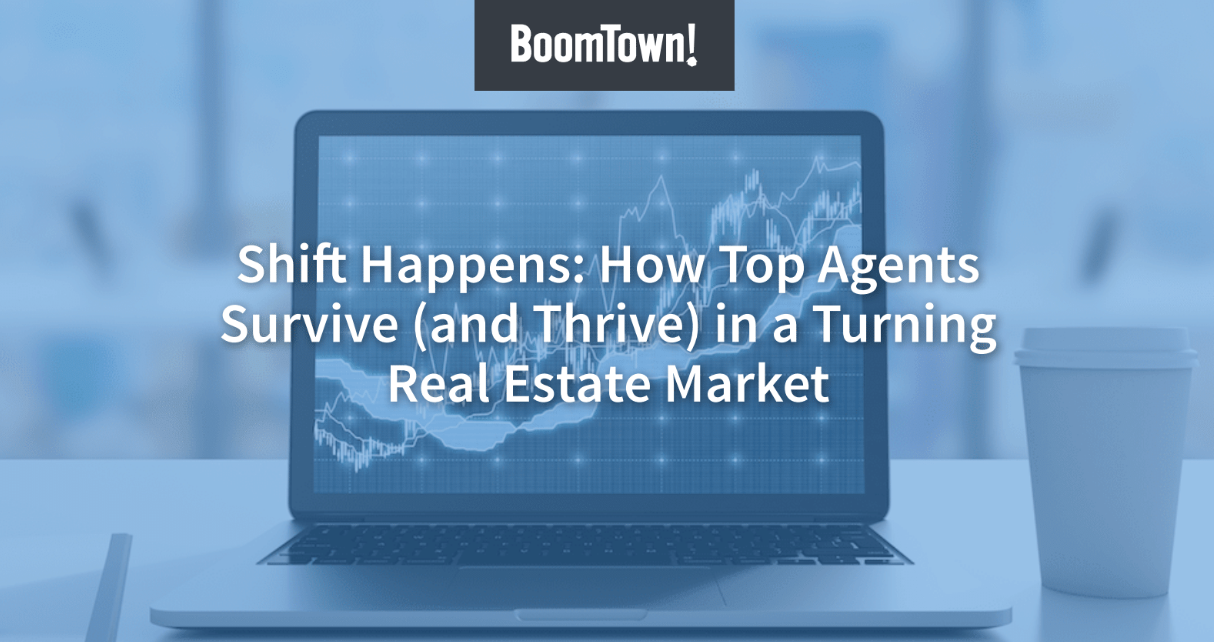 What do you do when the real estate market shifts? When the pendulum swings from buyers to sellers (or vice versa) in your market, make sure you’re ready.

Convert seller leads. Get the best strategies to conquer listings in your market.

We partnered with REAL Trends to conduct interviews with thousands of real estate professionals and the industry’s top performing teams. This playbook contains all of their best strategies for starting and growing a team as well as the systems that must be in place to ensure long-term success.